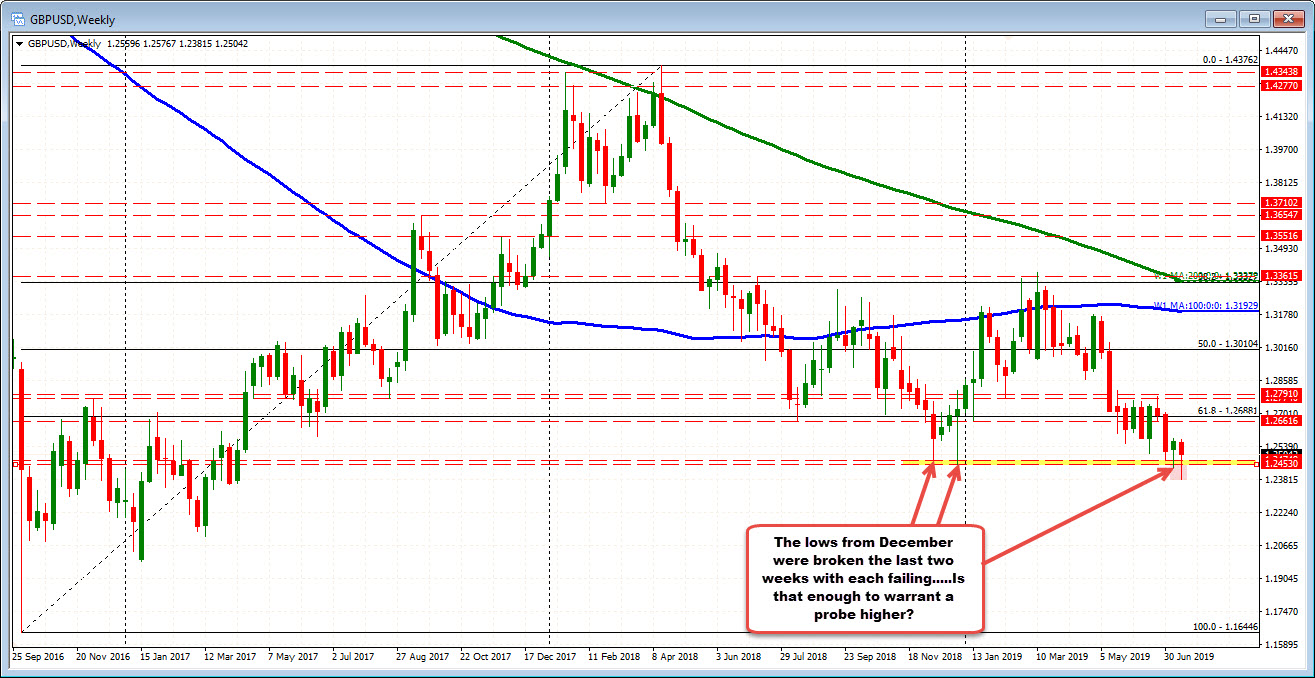 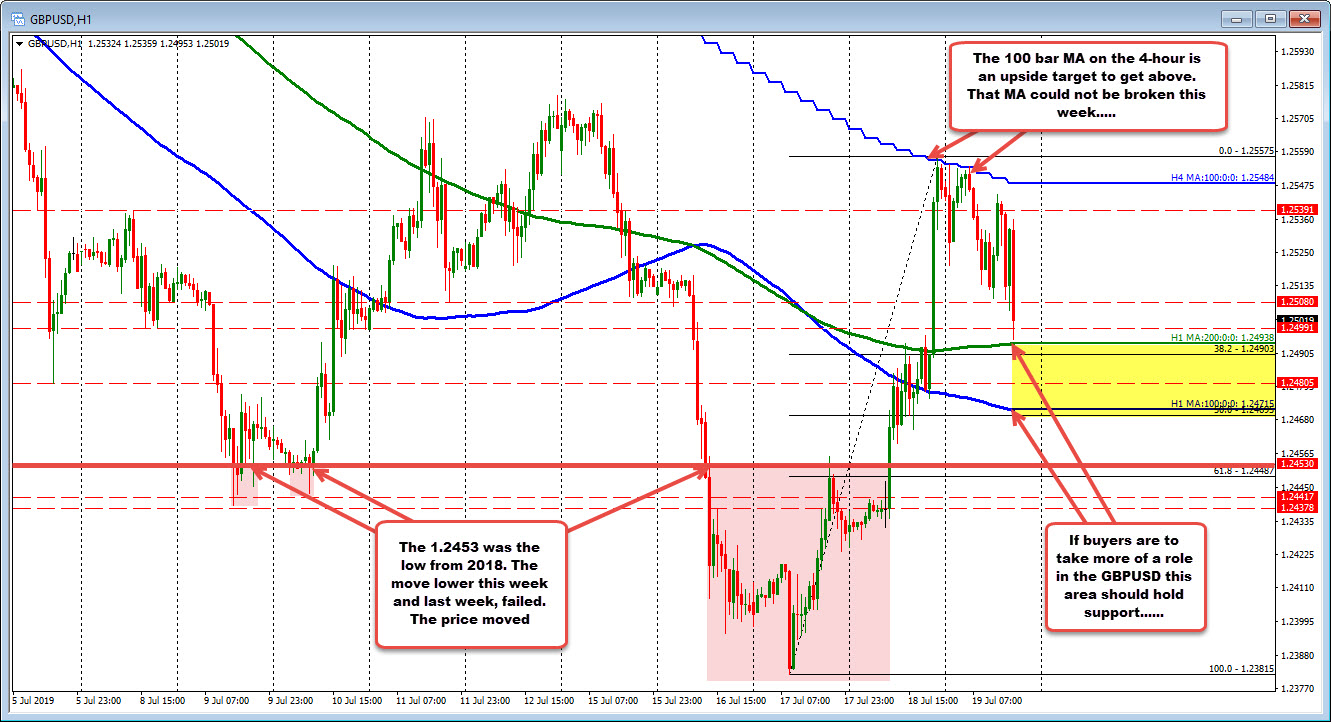 It’s Friday and new positions may not be the best idea, but into trading next week, I would look toward the 100 and 200 hour MAs to be a support level for buyers with the idea that 2 failed shots to go and extend lower (below 2018 lows at 1.2453) is enough, and that the «market» may look to explore the upside instead.  Much will depend on the support against the 100 and 200 hour MAs.
On a move to the upside, the obvious hurdle is at the 100 bar MA on the 4-hour chart at 1.25484. In the run higher yesterday and also today, that MA stalled the rallies.  It will take a move above to give the dip buyers some added confidence (but likely not until next week).
Of course, the pound has a lot of hurdles on the road ahead with Brexit. The price action will reflect the good and the bad. However, from the two chances in the last two weeks, the sellers certainly had their shot and they missed.  Do the longs look to take a shot now?  Watch the support levels but respect them too. Moves below are the risk.